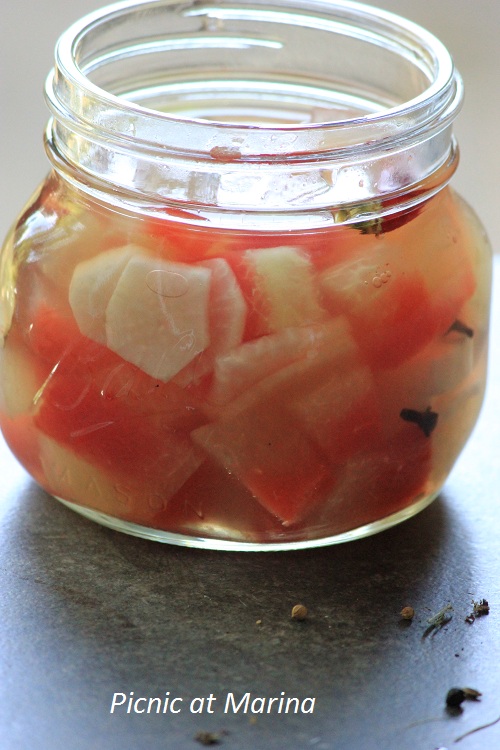 Ever since I saw on Kitchen Riffs pickled watermelon rind recipe, I couldn't stop thinking of it.  Then last weekend we bought watermelon that was not as tasty as it should, or simply as expected. Perfect to put pickling recipe to the test.
But instead of following John's recipe, I went Google, and found this. 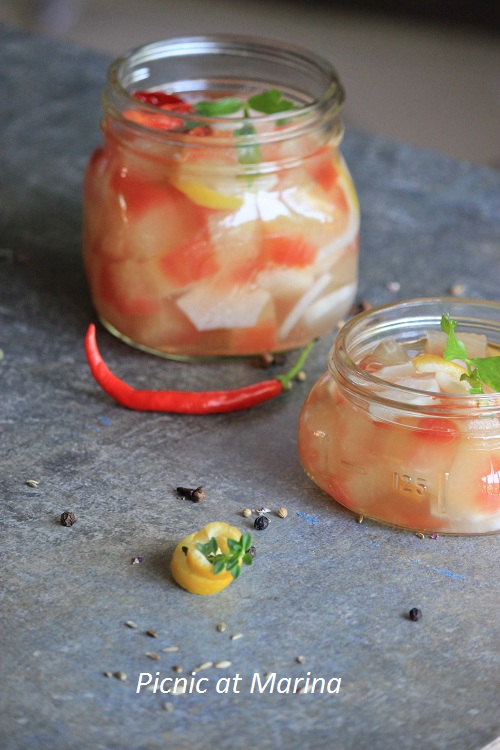 Omitting ginger, I followed the recipe. During the process I couldn't wander of ratio: 2 cups vinegar and only 1/2 cup  sugar? It didn't make a clear sense to me, nevertheless I proceeded.
That evening I proudly set my creation in the center of the table for our dinner. We tried it, and run away from the table to spit it: it was just pure vinegar!
I didn't through pickled watermelons away, instead, I added another portion of watermelon and radish, poured all the liquid from the jars, diluted it with more water and sugar to balance the vinegar, mixed all fresh and pickled ingredients together, covered it with pickling liquid, and then spooned back into the jars. 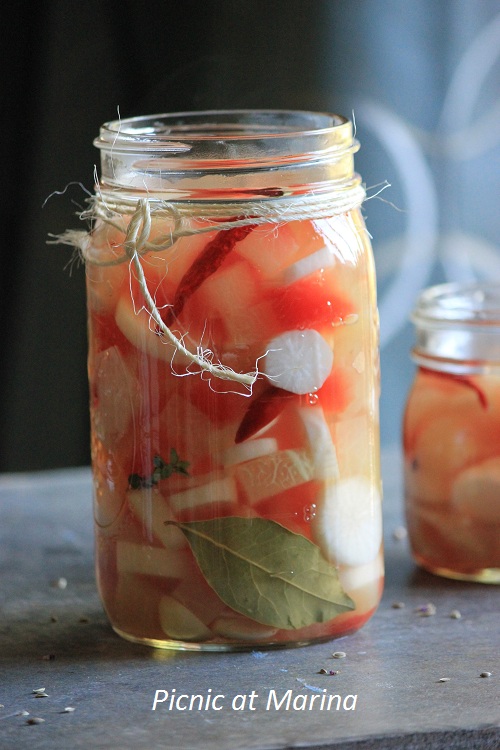 Next day we tried it again. It was much better, and edible: we could taste watermelon and radish, and not the vinegar.  great condiment for salads, meat, sandwiches, or whatever else  you  use pickles.
Although the corrected recipe worked, both, teenager and Mr. I.V. asked why did I make it with the vinegar? Then teenager added: "make the one grandmother makes".
Yes, why it didn't come to my mind to look into my mother's recipes? I couldn't call her that day: it was an early morning where they live and I don't think mother would understand that I really called her to find out her pickled watermelon recipe at 3 AM.
She would call me back all day to ask me what happened.  So, to keep my mother worry free, I didn't call. Instead, I looked at my recipe book, and what did I found?
In my mother's handwriting the pickled watermelon recipe, that she cared to write when she was here last January! 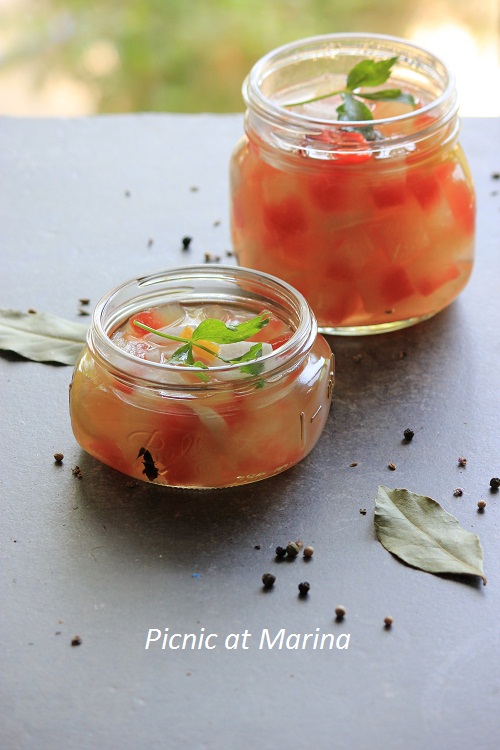 I haven't done my mother's pickled watermelons yet, I still need to talk to her about some details, and then I will share the recipe with you.
Have you had any cooking mishaps lately?
How did you handle it?
See you,
Marina
Posted by Marina at 7:23 AM